By admin Posted on October 4, 2022 Leave a Comment on Wildberries. How a teacher’s family created an online store called Wildberries

A black SUV pulls up to a deserted lot overlooking the Luzhniki at night. There is loud music coming from the cabin, and the girls are dancing around, watched by several men. The party is interrupted by the appearance of a zombie girl with messy hair and torn clothes. Fear makes the whole company scatter, and in a couple of seconds stylists from the online store Wildberries changed the uninvited guest into a beauty.

So in September 2012 there was a shooting of a commercial for Wildberries. “The idea belonged to one of the company’s shareholders,” says a member of that film crew. – We wanted to shoot “viral” and get 30 000 hits on Youtube in a week”. For that, the client got permission to film on Sparrow Hills and even rented a Red camera for about 1 million rubles. The video did not become popular, but this did not affect the success of the online store. Since 2012, the company has been among the largest players on Runet according to Forbes, the estimated value of the business in 2018 was $600 million, and revenue at the end of 2017 exceeded 60 billion rubles. Who built a corporation whose profitability approaches that of American Amazon?

Wildberries co-founder Tatiana Bakalchuk once admitted: she and her husband Vladislav never imagined that they would create a superproject. The company has always been very closed, like themselves. “Introverts” is almost the only explanation one hears from Bakalchuk’s close acquaintances. The entrepreneurs gave their answers to Forbes in writing, but they agreed to be photographed.

The only time Forbes was able to talk to Tatiana Bakalchuk was in 2012. Then it became known that the couple started their small business in their apartment, before that Vladislav was in the business of selling computers and providing Internet access, and his wife taught foreign languages. With the birth of their first daughter (now there are four children in the family) teaching became impossible, there was a need for new income, and they decided to try selling clothes from the German catalogs of Otto Group.

Such a model was already working in Russia. In the late 1990s, the German concern wanted to gain a foothold in the Russian Federation, but the Russians’ complete lack of experience in shopping at a distance, as well as problems with the post office and price adjustments, prevented them from doing so. For a long time Otto traded only through agents. Bakalchuki became one of them, setting an agent’s fee of 10% and prices at the Central Bank exchange rate. They started selling through the site and registered the domain wildberries.ru with a private individual on March 30, 2004.

In the fall of 2004 the online store began accepting orders. At first the Bakalchukes processed and delivered things on their own, but after about a year additional resources and more space were needed. That’s when Vladislav met future partner Sergey Anufriev, they went to the same gym. “Wildberries was just starting to develop, we were, as it is fashionable to say, a startup,” recalls Bakalchuk. According to him, Sergei liked the project, and he “started to develop it.” The Bakalchukes do not elaborate on how exactly, but a source close to the company says it was something like venture capital investment: “The Bakalchukes’ business was growing very quickly, they needed an office and a warehouse, and they had no working capital. At the beginning of 2005, they rented bigger premises, hired programmers, call center operators, and couriers.

The interlocutor of Forbes says that without Sergey the company would not have existed, or at least would not have been on such a scale: “If Vlad is the brain of the company, Tatiana is the heart, Sergey is the muscle. According to him, Anufriev has always been responsible for security, courier service and logistics, Vladislav was in charge of strategy and IT-direction, and Tatiana was engaged in commerce, assortment, negotiations with suppliers.

According to SPARK, Tatiana Bakalchuk is the CEO and owner of 100% of LLC “Wildberries”. The businessman familiar with the owners says that “by economic participation” each partner may own 30-35%. Vladislav owns the courier company “Atoll” cooperating with Wildberries, as well as a share in “Uniontele” (an Internet provider of iFlat in Moscow and the Moscow region). Sergey Anufriev owns “VB Technologies”, a company for the development of computer software primarily for its own online store, registered in May 2017. There is no clear division of roles and areas of responsibility between the owners of Wildberries. “We do everything together, everyone is involved in operational and strategic management,” says Tatiana.

Before the appearance of Wildberries, clothes were practically never sold in Runet. According to Yandex.Market, in 2004 electronics, books and household goods – things that did not require detailed consideration or trying on – were popular. “Back then, there was no such thing as an online marketplace,” recalls Tatiana Bakalchuk. – Apart from Boutique.ru, with which we had little or no competition, no one was selling clothes online.

At that time, the National Association of E-commerce Participants estimated the volume of e-commerce market in Russia at $3.23 billion (1,500 sites, mostly small ones). And it was growing by 20-30% annually. At the time, Otto was second only to Amazon in the world, and the Russian market looked particularly attractive to the Germans. In November 2006 the company announced the creation of a joint venture (JV) with a domestic leader in catalogs sales “PPE Group” and was planning to open its own online store in Runet and to build its own logistics center in Tver.

For the owners of Wildberries the decision of the German partner was a challenge. In 2006 the turnover of the internet-shop was 14 million rubles. Cooperation with Otto has almost reached its ceiling, says Anatoly Mokhov who has been remotely advising Wildberries on legal and tax issues for several years and later became a member of the team: “Any market has its limit with any marketing expenses. In addition, customer expectations have also changed: online shopping is no longer perceived as entertainment, but as a full-fledged service. Fulfillment of orders from catalogs varied greatly: from 80% at the beginning of the season to 30% at the end, explains Vladislav Bakalchuk. It was time to move to direct contracts with brands that we sold through catalogs and expand the portfolio as a whole. “At that time no one understood what, how and in what volumes to sell through the Internet,” recalls the co-founder. – And the conclusion of each major contract was an important event for us.”

In 2007-2008 Wildberries managed to agree with many large suppliers, gradually the assortment included Tom Farr, s’Oliver, Tom Tailor (even clothes of Otto are still presented among 10 500 marks). Among the first big brands was Adidas. Because of the crisis in 2008, the German manufacturer of sporting goods had a large inventory on hand. A source familiar with the market situation assures: “A large batch of €1 million was rejected by Sportmaster, and Wildberries took this outstanding stock on credit”. It was possible to sell 3,000 pairs of one model of sneakers in two years. This is how the sport line appeared in Wildberries, and after a while – electronics, small appliances, and car accessories, a batch of which, the source specifies, the Bakalchuks bought in 2015 from the struggling Sotmarket. 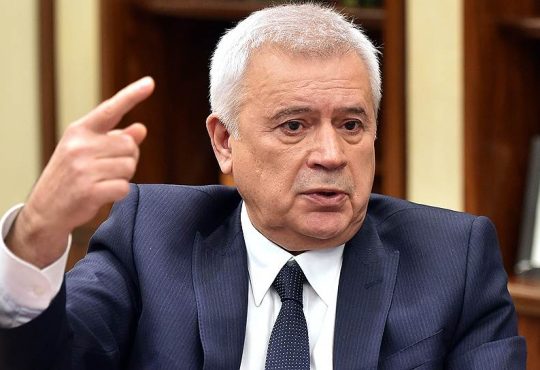